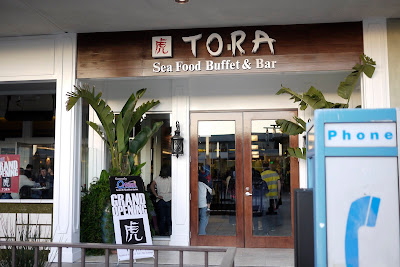 A lot of people in my family like sushi. So when it’s time for the birthday person to choose where they want to eat, unlimited sushi seems to be a constant choice. In the last year or so, we’ve exhausted most of the unlimited sushi options in San Diego.

While trying to think of new options for the fiance’s birthday dinner, I thought of Onami. Onami was a restaurant we used to frequent a lot when I was in college. It offered a sushi buffet, along with some hot cooked foods, and desserts. I remember really loving the chocolate covered strawberries and green tea ice cream. We stopped going to Onami a few years ago.  I couldn’t remember exactly why but I think we just thought it was a little too pricey (around $25 per person for dinner), especially with the emergence of chinese buffets (around $12 for dinner).

Since we pay between $20-25 per person at the unlimited sushi places, Onami suddenly didn’t sound like a bad deal. We could get unlimited sushi and other foods as well. When I found out that Onami had recently moved to a new, bigger location (still within Mission Valley mall), and renamed themselves Tora, it seemed like a perfect opportunity to try it out.

When we arrived, the place was really busy. Luckily we were able to make a reservation so we didn’t need to wait around.

When we sat down, the waiter told us they were out of lobster that night. Well that sucked. I had been looking forward to it. But I didn’t think too much of it.

The new location of Tora definitely is bigger. The setting looks shiny and new and reminds me a little of the Vegas buffets. There also appears to be more food offerings than before.

We started with the cold appetizer/sushi section. I was surprised by the sparse offerings. I had remembered the dinner sushi selection being better before. When we dug in to eat, there were quite a few different fish that didn’t taste fresh. After that, I really didn’t want to risk trying any more fish. 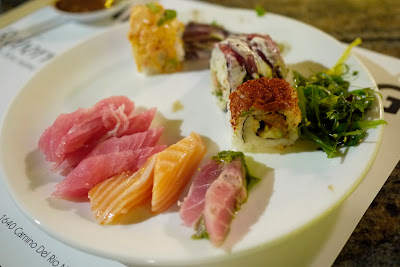 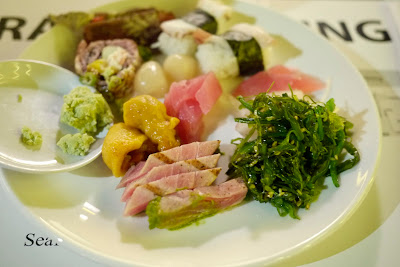 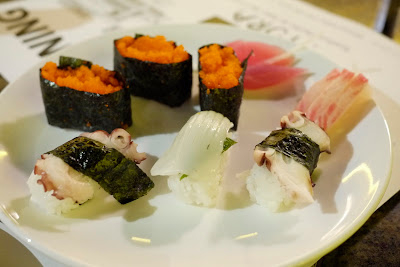 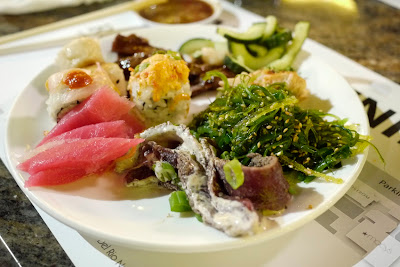 So we moved onto the hot food section. It seemed that someone in the kitchen had mistaken sugar for salt because several savory dishes were way too sweet. Out of all the hot food items, only this fried seafood roll (far right) tasted good to me. 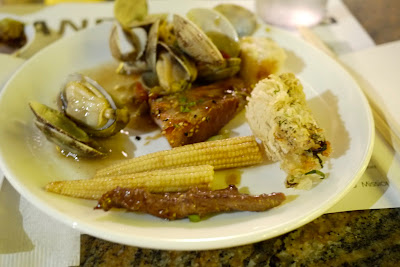 The pasta and noodle dishes were dry, the clams were too sweet. 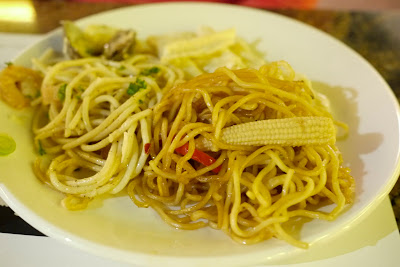 There was also a fried rice and udon noodle station. I didn’t try the noodles but my brother complained it was sweet. The fried rice was doused in so much black pepper that it was literally all I could taste. 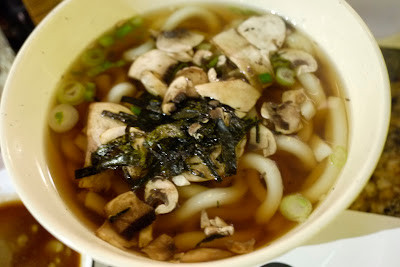 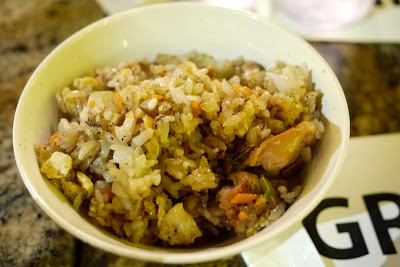 Most of us were pretty unhappy by this point of the night.

With nothing good left that I wanted to try, I quickly moved onto dessert.

I tried a few cakes and found them dry. The chocolate covered strawberries were still there but they only had them in white chocolate, which they sprinkled with cinnamon (I thought that was a little weird). I prefer the dark chocolate or milk chocolate ones. 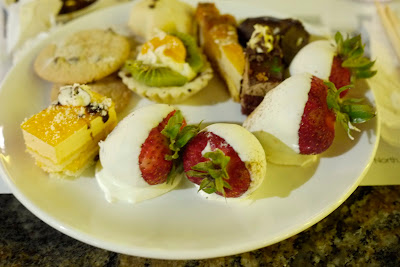 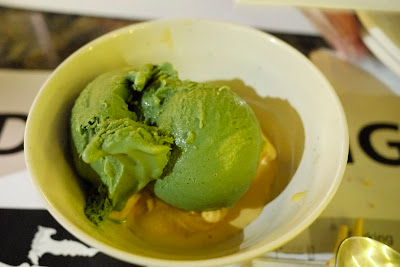 Most of us were pretty unhappy with this meal. I did pause to wonder if we were a little jaded since my family has experience some great buffets in the Bay Area. While I think that accounted for some of why we disliked this place so much, I still think if we had never been to the good ones  outside of San Diego, we still wouldn’t have come back. On the surface, this place looks like a great deal with so much variety.  But there was honestly almost nothing I liked eating here and priced at $26 per person, I think it is way too expensive for such mediocre food.  I was especially disappointed with the sushi. Usually such an expensive price for a buffet is justified by the fact that they are serving better quality ingredients, but the sushi quality was really bad.

Overall, we were really disappointed. On a positive note, our server was great. He was constantly refilling our waters and clearing our plates. I’m sad about the new Tora. We had such high hopes going in.