About a month ago I did a post on UCSD dining.  Since then, Baby Bro has been snapping lots of pictures and sending me photos of the different foods he has been exploring at UCSD.  I’ve gathered enough photos that I thought it was time to do another post.

I mentioned in the last post that UCSD now offers a pho station in some of the dining halls.  On one occassion, he was served pho with long, flat noodles. 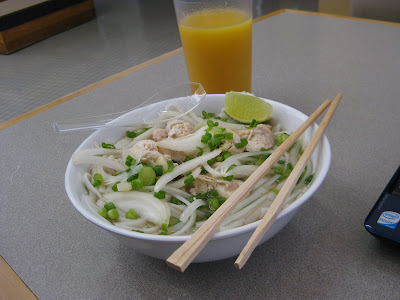 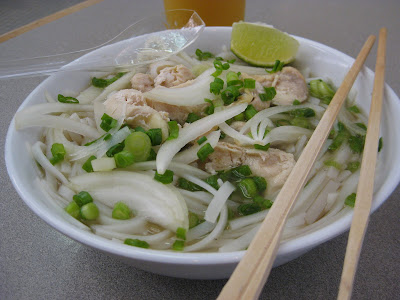 According to Baby Bro, the noodle soup tasted good, but did not taste like pho.  He thinks it should be named something else.

On another occasion, the pho was served with thin noodles. 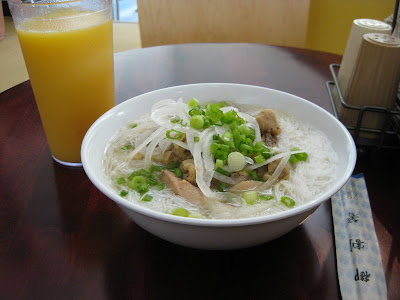 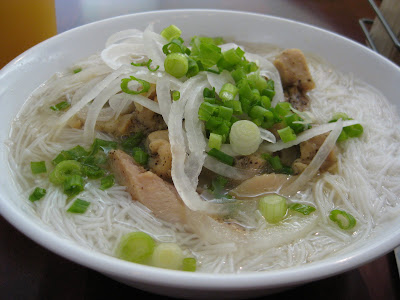 On another occasion, Baby Bro got to try the shrimp tempura udon.  He really loved it but indicated that each additional shrimp was expensive. 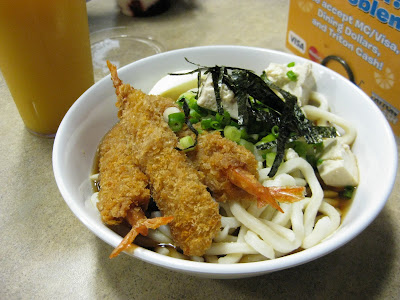 He also got to try ramen, which he also enjoyed. 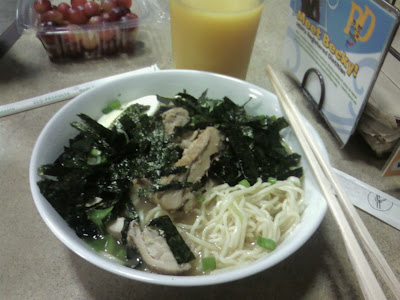 There is also a stir fry station, which he thinks is quite yummy and seems to be a popular item at ucsd. 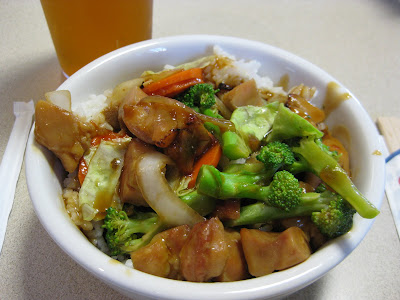 After seeing so many of his meals, I went with him to dine at UCSD during lunch.  At the time, they were serving chicken ramen. 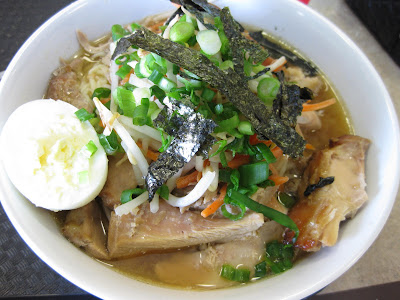 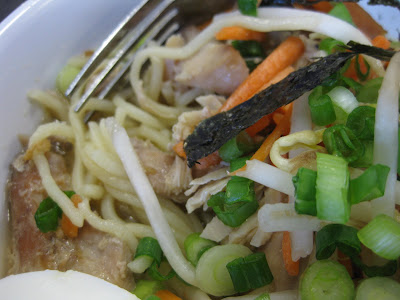 There was a lot of chicken and the chicken was good.  The noodles has been overcooked though and were quite mushy.  One of the topping options was raw shredded carrots.  I got all the toppings in mine, but I wish I hadn’t gotten the raw carrots, which took away from the taste of the ramen broth. 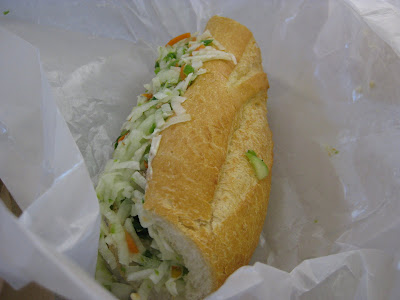 Unfortunately, he says it wasn’t very good nor authentic.  The toppings were shredded lettuce, cucumbers, onions.