I went to UCSD for college.  During my time at UCSD, the dining food wasn't too great.  My first quarter in, I was already pretty sick of dorm food, even with each mini college within UCSD having its own dining hall.  In the last few years, UCSD has really been expanding its eating options for students.

They've added a couple of restaurants on campus such as a pho place and a sushi place.  They built a whole new food court that includes a Yogurt World and a Tapioca Express.  They also added "fine dining" nights.  This year, they even added udon and ramen stations.

A while ago, Baby brother texted me to tell me that he ate these fried spicy wings that were really good.  I didn't believe him.  Good dorm food?  I told him to get some for me.  Sure enough, they were good!  Nice and crispy on the outside, and with a good amount of spicy kick.  It tasted a lot like buffalo wings, but without the messiness and without the sauce making the wings soft.  I really enjoyed them.  Baby Brother started bringing me some every once in a while. 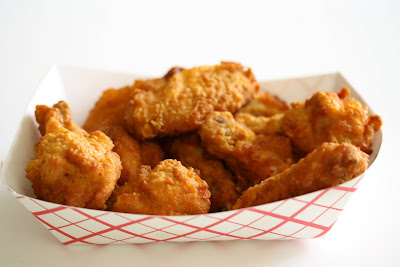 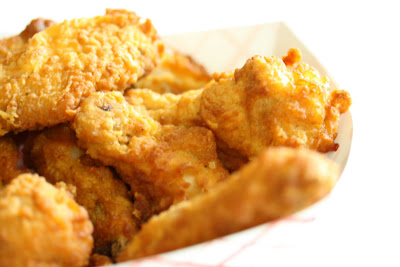 They make a perfect tv snack.  I used to snack on the hot wings at KFC, but lately have been snacking on these instead which are spicier than the ones at KFC.  Not very messy, but very satisfying for when I'm watching something on the food network (which usually involves some fried food) or any of my prime time shows (which always have fast food commercials).

The other night, Baby brother not only brought over some wings, but gave me same ramen too.  He had gotten some chasyu ramen.  It was surprisingly good ( I didn't get a chance to take a picture).  The pork pieces were flavorful and tender.  There were some fresh green onions mixed in.  The broth was pretty good too.  After having some decent ramen, I decided to go and dine at UCSD for dinner with Baby brother.

We ended up dining at Revelle.  Unfortunately, the noodle station was closed when we went.  And there wasn't a lot of appetizing options that night.  It was your typical dorm food.  But pretty decent tasting.  Next time we'll try some of the other dining options.

Boyfriend got some spicy chicken tenders.  It was pretty good, not that spicy. 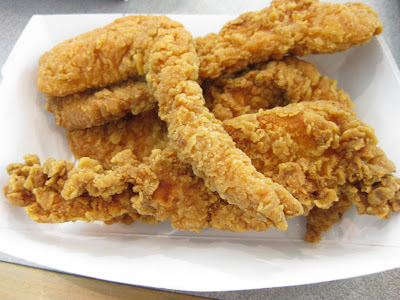 I got a slice of pizza.  It was about the same quality as Little Ceasar's.  Better than what it used to be when I went to school. 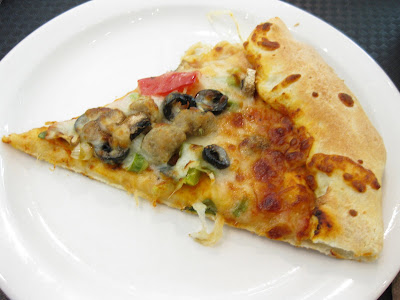 Baby brother got baked chicken, mashed potatoes and beans.  He said the chicken was pretty juicy. 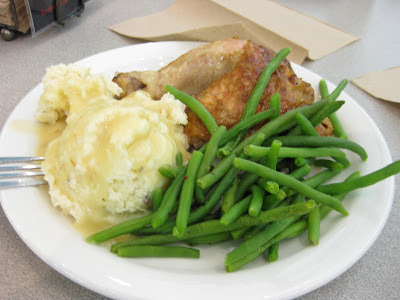