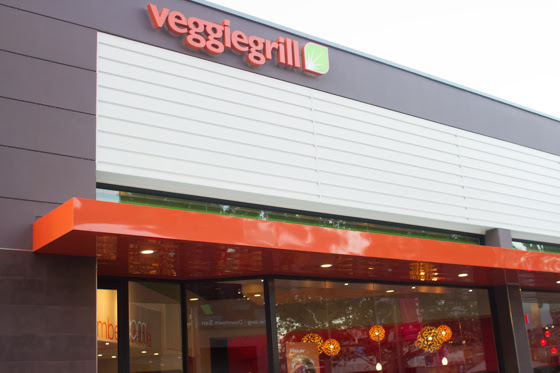 I first noticed it a few weeks ago while visiting the mall and went in to grab a menu. A quick scan had me intrigued. While everything is vegetarian, the menu consists of entrees like “carne asada,” “crispy chicken sandwich,” and more. Definitely not dishes you would think to find on a vegetarian menu.

You place your order, grab an open table, and then they bring your food when it is ready. 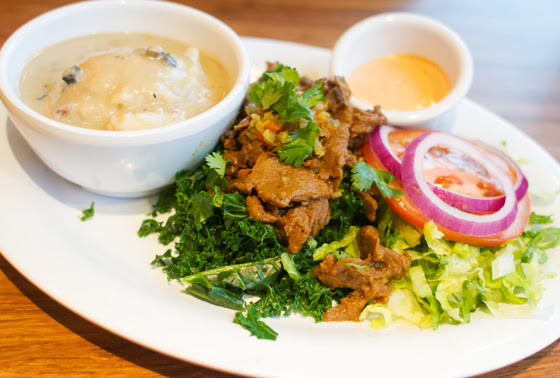 I opted to try the carne asada sandwich. Instead of a bun, I requested the steamed kale. The veggie carne asada meat had a texture and look similar to that of steak, but didn’t really taste at all like carne asada meat. It reminded me of the soy jerky I’ve tried before. Neither of us were a fan of this dish. We didn’t particularly like the veggie steak or the herbs and spices used. 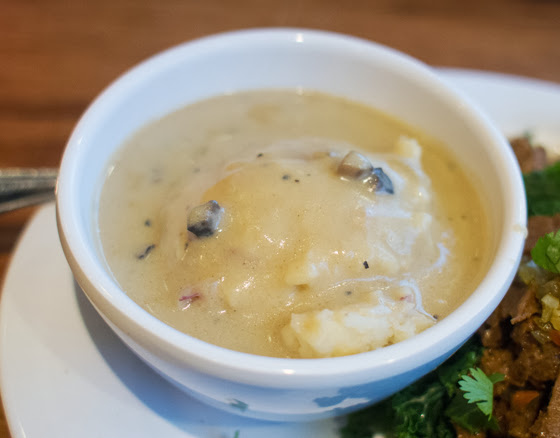 I also got it with a side of cauli-mashed potatoes and gravy. I’ve heard really great things about mashed cauliflower as a substitute for mashed potatoes. I was surprised they didn’t have just a cauliflower mash. This blend was just okay for me and I found the gravy to be too bland. 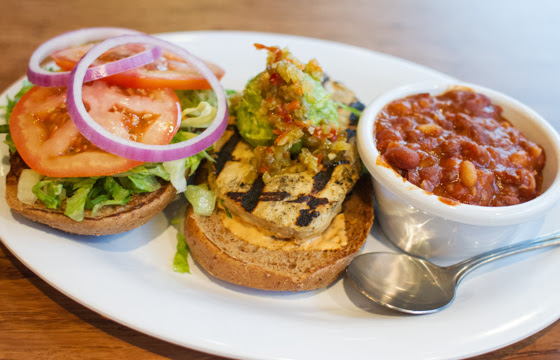 Mr. K opted to try the grilled “chicken” sandwich. From the exterior appearance, it was quite obvious that this was not a real chicken patty. It reminded me of the plastic food items that are sometimes displayed at restaurants. However, once I bit in, I was surprised that the texture was quite similar to chicken and when eating with the guacamole it could almost pass for chicken. We both enjoyed this one more than the carne asada 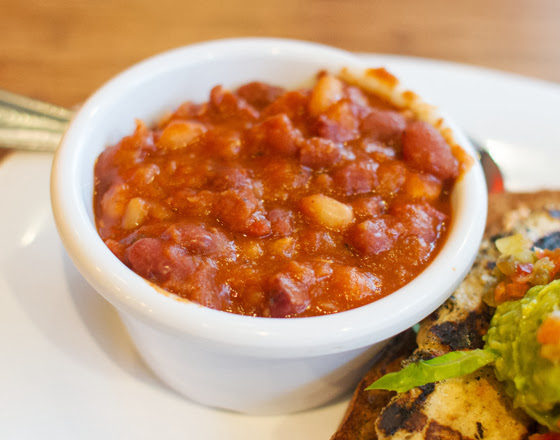 He chose chili as his side, which he thought lacked flavor. 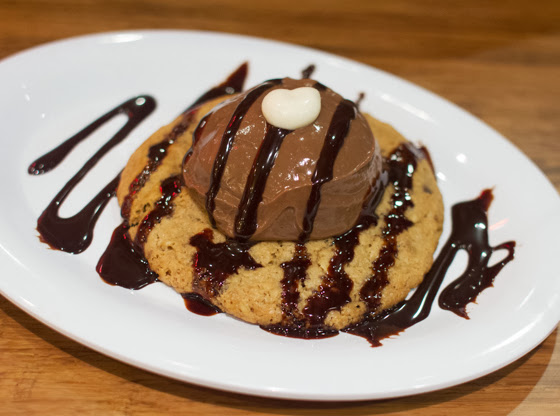 I was really curious about the grilled cookie, so we ordered that for dessert. I didn’t notice until later that all their desserts are housemade, without the use of eggs or dairy. One bite in and I was disappointed. It was quite obvious that the cookie contained no eggs or dairy. It was crumbly, slightly dry. While I guess it’s passable for something without eggs, I’ve had ones when you can’t even tell and this was not one of them. The pudding was the best part of the dessert. I honestly couldn’t tell it was dairy free.

We had mixed feelings about this place. A lot of the customers seemed to really love it, but we left feeling unsatisfied. I am all for healthy eating and I don’t mind eating at vegetarian restaurants. I think the biggest issue for me was that they were actively trying to replace meat with substitute meat products instead of just showcasing how tasty vegetables can be. And since the vegetable substitute products don’t taste the same as the meat they are trying to imitate, it just left me craving real meat.