I’ve had a craving for mini hot pots lately and while reading Jinxi’s Yes Pingo post, I was reminded that they have individual hot pots on the menu which I hadn’t yet tried. So off we went to go try out the hot pots. 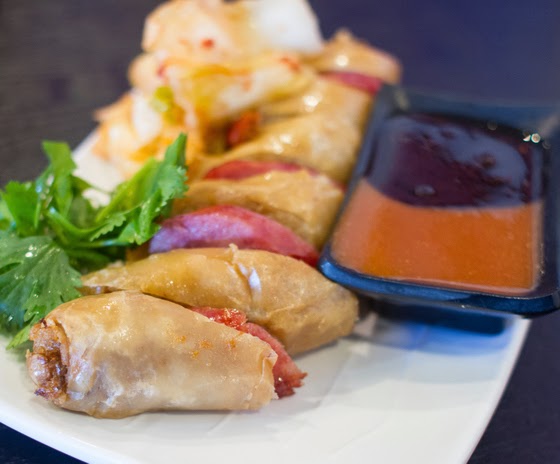 One of my favorite Taiwanese night market foods is the double layer sausage. In Chinese, it’s written as 大腸包小腸, which literally translates as little sausage wrapped in big sausage. In Taiwan, it usually consists of a sticky rice that is rolled and stuffed into the thin transparent sausage skin and made to resemble a sausage. It is served sliced open with a Taiwanese sausage stuffed inside (basically resembling a hot dog). Both are usually grilled and are sometimes served on a stick.

I’ve seen the dish in various Taiwanese restaurants in the US, but they never serve it with one stuffed in the other. Instead, it’s always sliced and placed side by side, which takes away the fun element of a sausage stuffed within a sausage.

Another new development I’ve been seeing is a change in the the outer layer. Instead of just sticky rice, the sticky rice is actually stuffed inside a large pork intestine. It’s a little bit of a play on words because the word for “big sausage” in the dish is the same as the word for “large intestine.” This is the way that Yes! Pingo was serving it.

Being a fan of pork intestines, I actually enjoyed this. I do wish that the pork intestine was cooked to be more crispy, like the versions in LA. Mr. K felt this had too much of an offal flavor and preferred the crispy ones we’ve eaten in LA. 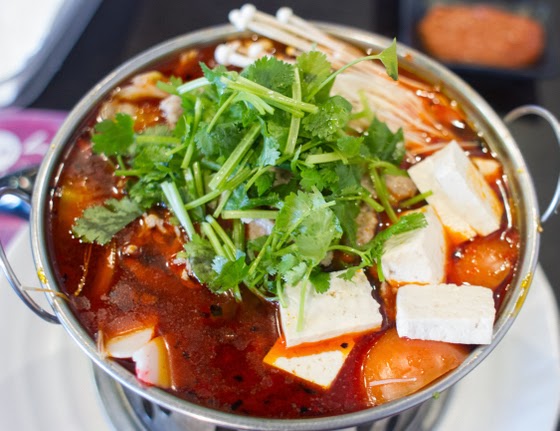 There weren’t too many choices for hot pots and the waiter actually had to name them out because they weren’t on the menu. 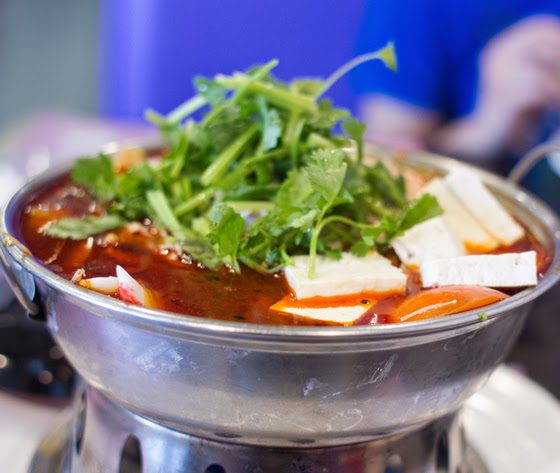 I ordered the spicy hot pot. The soup base was deeply red and it was filled with tofu, mushroom, beef slices, and a few other traditional hot pot ingredients like fish cakes, shrimp and tomatoes. It also came with a side of rice.

While this pot had a little more ingredients than the ones offered at E & Drink, I still was disappointed to find that it isn’t nearly as full as traditional Taiwanese hot pots which are usually overflowing with items. Also the soup base didn’t taste like much other than spicy. 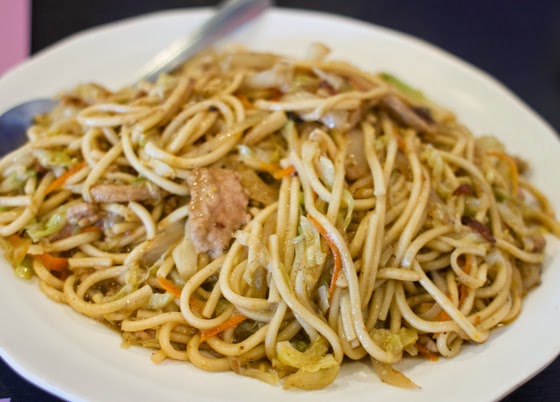 Mr. K ordered this Taiwanese noodles dish. While there was a plentiful amount of noodles, this was just okay. It tasted like something I could easily make at home.

What is particularly funny is that when Mr. K was ordering this, I was trying to figure out what the dish was. I told him I thought it would likely be like the noodles my mom often made for my family growing up. Sure enough, when the dish appeared, it looked just like my mom’s version.

My siblings and I have a running joke that my mom’s noodles are “endless noodles.” We never can finish and it seems like no matter how much we eat, we end up with more than we started. Well, it appears the magical endless noodles applied here as well. Mr. K claimed he was so stuffed, but when I looked at his plate, it looked like he had barely touched it. I wish I remembered to take a photo.

We also ordered some milk tea because they reduced the prices of the tea drinks by 20%. 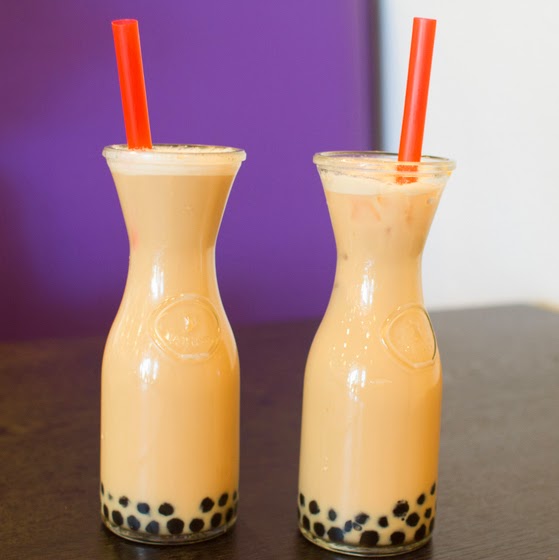 Overall, we had an average meal here. I’m still not thrilled with most of their offerings, but there are a few gems like their snow ice and some of their Taiwanese street dishes. I’m still on the search for decent Taiwanese individual hot pots though.