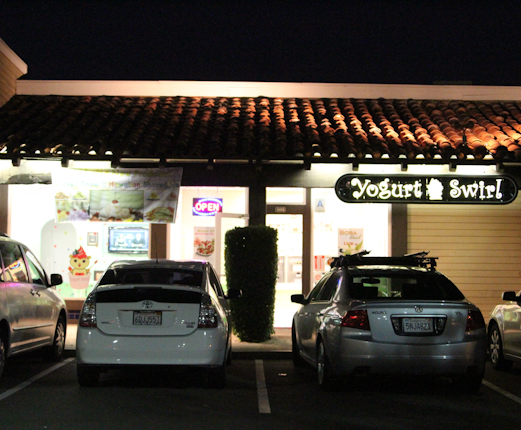 San Diegans who have been patiently waiting for good snow ice to arrive, rejoice! Snow/snowflake shaved ice has finally hit San Diego, with a flurry of restaurants and dessert cafes now offering it. After two very mediocre renditions at Liang’s Kitchen and Up 2 You, I had given up on San Diego producing a good version.

Then this weekend, I received a tip from a reader (Thanks Susan!) that Yogurt Swirl now offers snow shaved ice. I was out the door almost immediately. 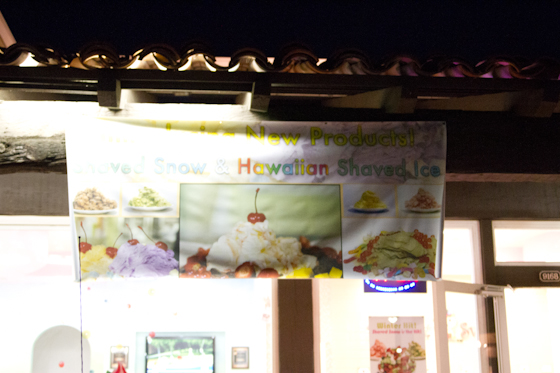 Sure enough, when I arrived, a large sign was displayed on the exterior stating that they now serve snow ice and Hawaiian shaved ice. Located next to Pho Cow Cali, Yogurt Swirl has always been a favorite of mine. Their cheap prices, good toppings, and adorable hamster mascot keep me coming.

Yogurt Swirl’s snow ice follows in the more popular new trend of what I like to call a fusion of traditional Taiwanese snow ice mixed with a frozen yogurt set-up. They take the Taiwanese-style snow shaved ice concept (water mixed directly with milk is frozen into blocks to create a creamier and fluffier shaved ice that takes longer to melt), but offer more snow ice flavors than the traditional Taiwanese ones and the topping choices are typical frozen yogurt toppings. 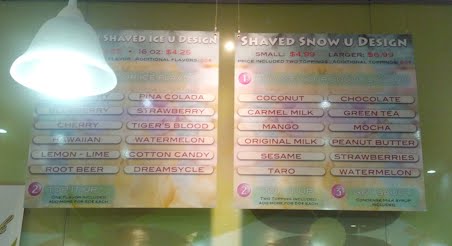 When we arrived, we immediately spotted the brand of machines that we’ve seen used at a lot of these new fro-yo-meets-snow-ice shops in Orange County and LA. Definitely a good sign. A small cup is $4.99 and a large is $6.99. There are about 12 flavors of snow ice, and you get to choose two toppings. They also add condensed milk for free. 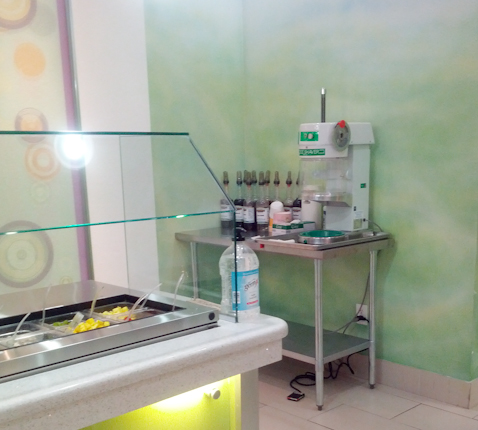 Because the owner is so nice and they weren’t too busy when we first arrived, he agreed to let us have two flavors in our small (usually you can only ask for two flavors for the large size). 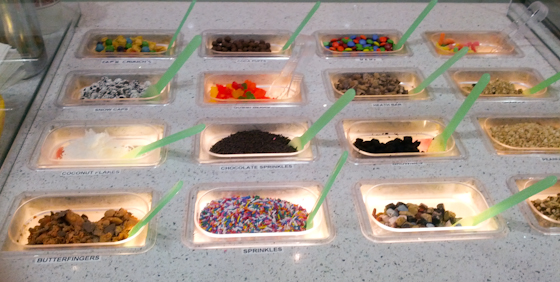 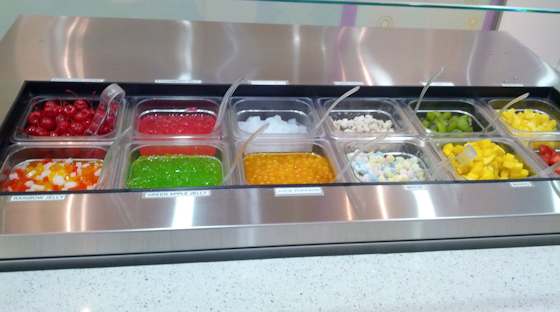 Coconut and Milk Snow Ice with mango and mochi 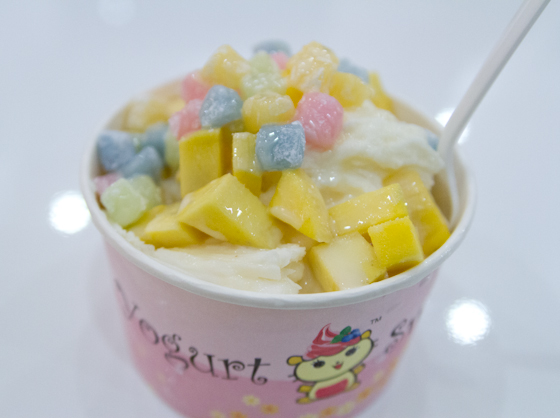 The ice came out beautifully in thin ribbons like it should be. It’s not too clear from the photo because of all the condensed milk put on top but I’m so glad they add the condensed milk for free. Once we bit in, I wanted to run up and hug the owner. Finally, decent snow ice! We enjoyed both the coconut and the milk flavors and I like the colorful mochi balls. 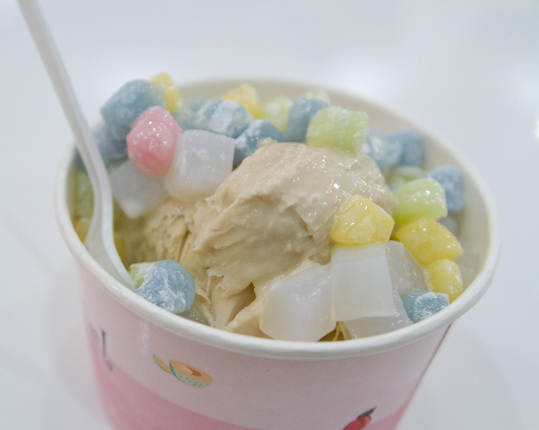 This was my order. I wish the owner had put the taro on top since I love the vibrant purple color over the black sesame. I thought it was interesting that now I’ve been to two places in San Diego that offer black sesame, which is such a rare flavor option in LA. The black sesame was quite intense. Almost a little too much for me, but probably perfect for those who really love black sesame. 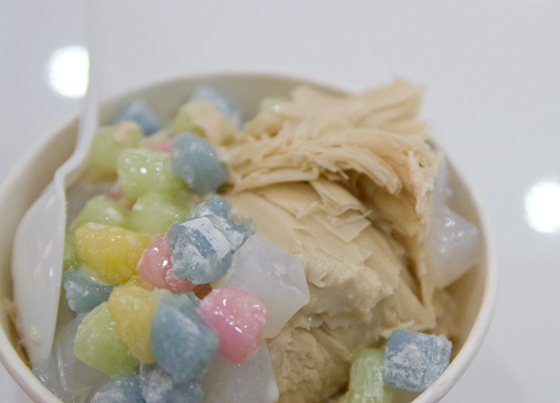 I liked the taro one a lot and would definitely get it again. 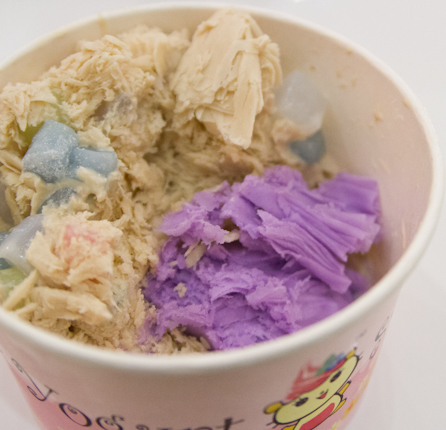 Overall, we were really thrilled. The ice is a little bit on the icier side and so it isn’t quite as good as Class 302 or as soft as Snow Machine, but it’s on par with most of the newer shops in LA and OC that we’ve been to offering this newer style of snow ice, whereas the other two spots in San Diego I’ve been to serve something that is barely recognizable as snow ice. It looks like they outsource the ice, probably from the same companies that deliver to a lot of these new shops. It’s both good and bad in my opinion.

It’s good because it ensures a certain quality of ice so you don’t end up with really icy creations or bad flavors. The bad is that it limits their ability to improve on the quality and flavor of the ice.

I did think that it was strange for them to be debuting this now, with the colder weather coming. I hope this doesn’t deter people from visiting and enjoying the snow ice though because I want them to continue to offer it. I’m actually quite happy that this place serves good snow ice because the owners have always been so friendly when I visit. I know we’ll be back often. Next time we’re ordering a large!