Blueberry Boy Bait is a delicious blueberry cake that is similar to a coffee cake. It is light and moist with a simple cinnamon sugar topping. Learn how this blueberry cake got its name – it’s known to “hook” anyone who tries it! 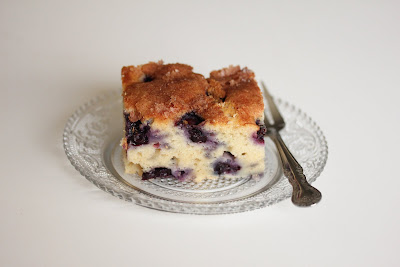 In my blueberry baking frenzy this weekend, I came across this recipe for Blueberry Boy Bait from Browned Eyed Baker.

It’s like a coffee cake but is not as dense or sweet. It’s a great cake to serve with coffee or tea as an afternoon snack or as a dessert. You could also serve it for breakfast since it’s so similar to coffee cake.

If you’re like me you’re probably wondering, “why is it called blueberry boy bait?”. I thought the same thing when I first found the recipe and I really loved the story.

What is Blueberry Boy Bait?

I love desserts with an interesting name or story. Apparently, the recipe was entered into a Pillsbury Bake-off contest in 1954 by a 15-year-old girl. She named it blueberry boy bait because of the effect it had when boys ate it.  One bite and they were hooked! I wondered if the cake would have a similar effect on Boyfriend so I had to try it. 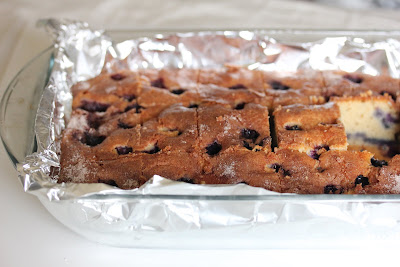 How to Make It

There are two parts to this recipe: the cake and the topping. Both are very easy to make.

To make the batter, combine the dry ingredients in one bowl and cream the butter and sugar together in another before adding the eggs and milk. Then combine the two and, once combined, fold in the blueberries. Pour the batter into a greased 9×13” baking dish. 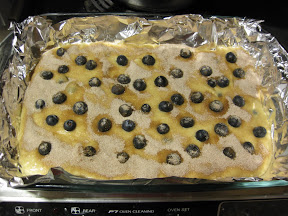 The topping is very simple:

Scatter blueberries over the top of the batter and sprinkle the sugar and cinnamon in an even layer.

Bake the cake for 45 to 50 minutes at 350°F or until a toothpick comes out clean. Cool the cake in the pan. It can be served warm or at room temperature. 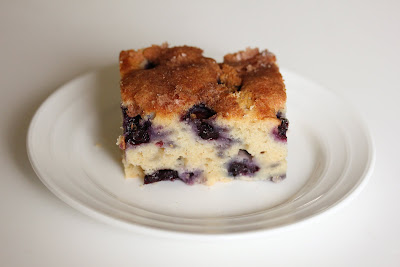 You can store it at room temperature, but you can also freeze it for a few months. It makes a pretty big cake, so next time I might slice it and freeze the individual slices that way when I have a craving I can just thaw a few pieces at a time.

I really love the taste of the blueberries in the cake and the cinnamon sugar topping adds some sweetness and a nice texture. As far as Boyfriend, he liked the cake but I’m not sure it hooked him although he was already hooked! 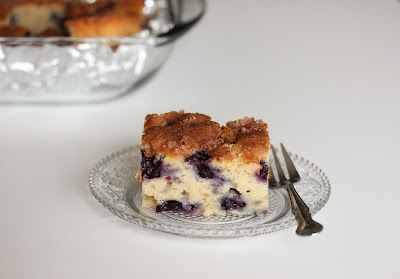 The cake definitely hooked me, though, and I would definitely make blueberry boy bait again – I think it would be great to take to a potluck because it has so many servings. 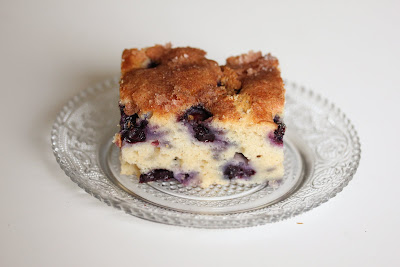 I love baking with blueberries and have used them in lots of desserts so here are few more recipes you might like to try, too.

Servings: 1 (9x13-inch) cake
Prep Time: 15 minutes
Cook Time: 45 minutes
Total Time: 1 hour
Course: Dessert
Cuisine: American
This is an old recipe that was originally entered into a Pillsbury Bake-off contest in 1954 by a 15-year-old girl. It was named for the effect it had on boys when they ate it. One bite and they were hooked! This cake is great when you need dessert for a crowd.
Print Pin Rate

How to Make the Cake

How to Make the Topping

Did you make this recipe?I'd love to see it! Mention @KirbieCravings and tag #kirbiecravings!
Posted in: Cakes
15 Comments // Leave a Comment »