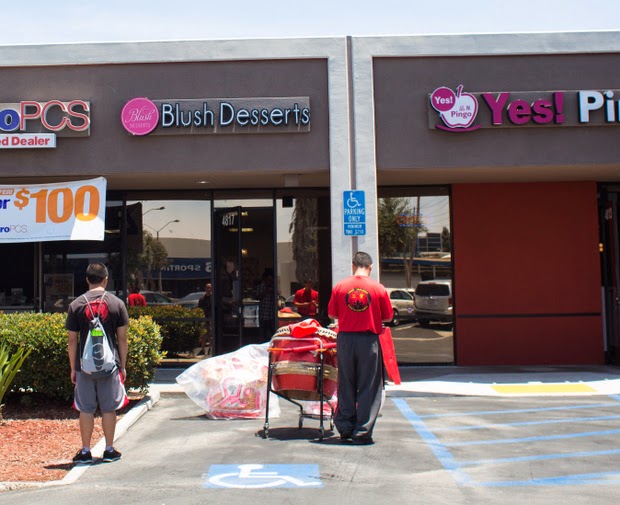 Blush Desserts had its official grand opening this weekend, complete with a dragon dance ceremony. 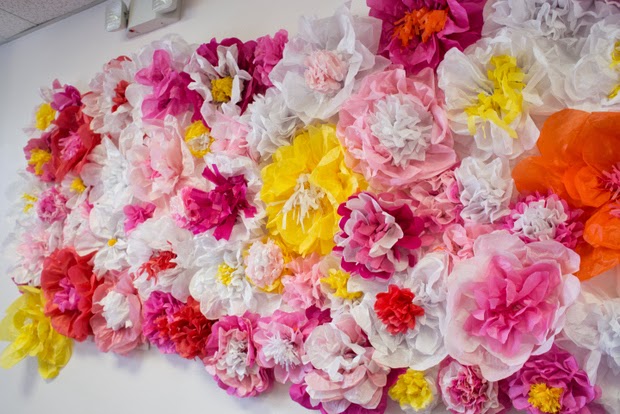 We were lucky with our timing. We arrived early enough to order some desserts and watch the dragon dancing. 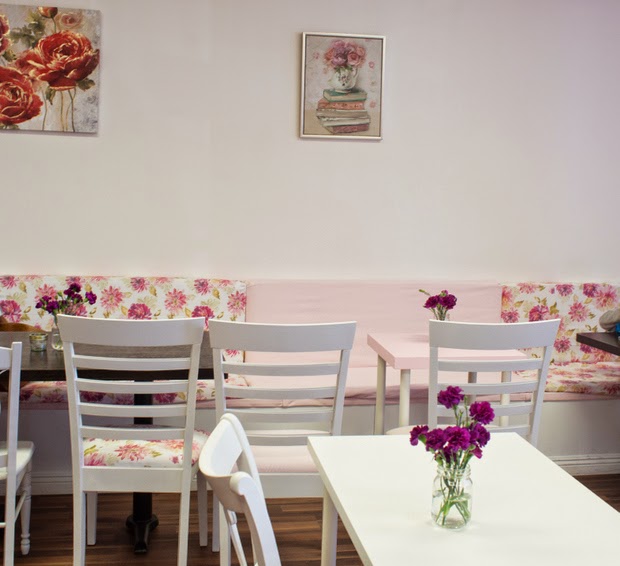 On my previous visit, the offerings were pretty sparse, but I was happy to see the display cases quite full. 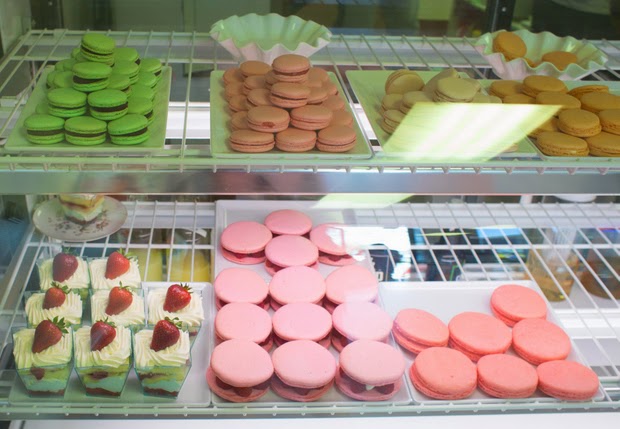 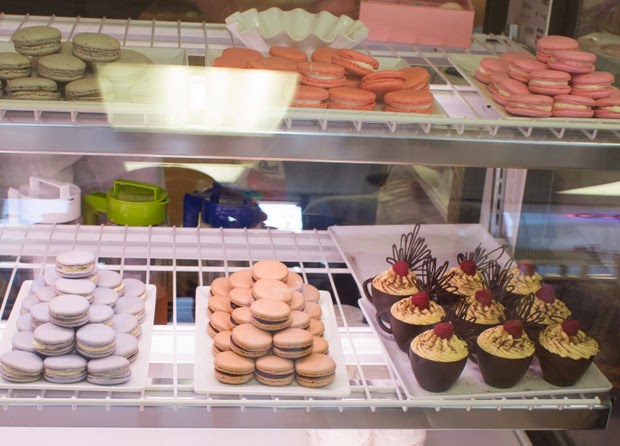 I was also really excited to see this container of “failed macarons.” 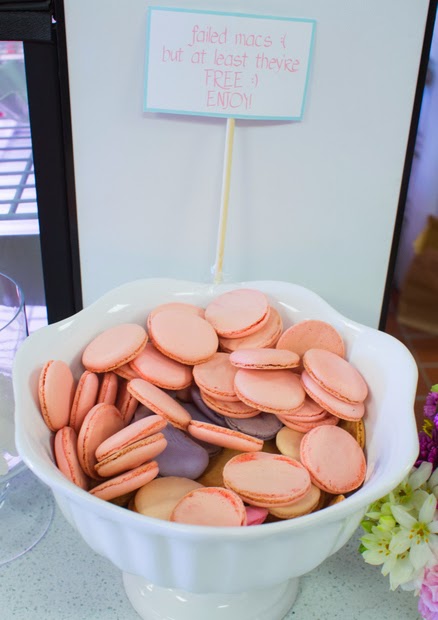 During my brief stint making macarons, my favorite part was eating the failed chewy shells, so I think it’s a great idea that Mrs. Blush decided to share hers with her customers. The failed macarons were quite chewy, but that’s usually the case with failed ones, especially since they don’t have the filling which helps soften them up. Since I’m all about chewy foods, I love eating the extra chewy failed ones. 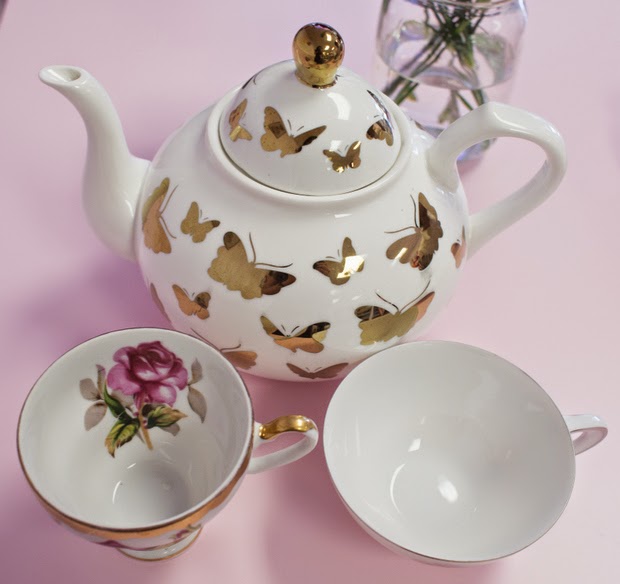 We ordered a pot of coconut flavored tea to share. The mismatched tea set was quite charming. 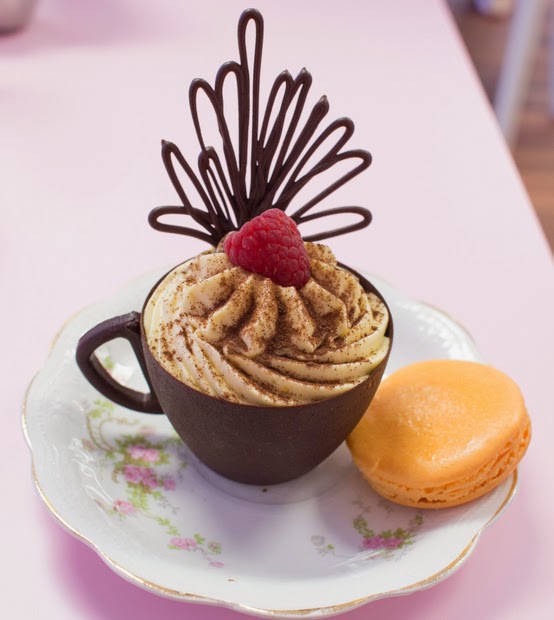 Mr. K chose a tiramisu that came in an edible chocolate cup. This was quite pretty and enjoyable.

Mr. K and I each chose one dessert and we also each received a complimentary macaron courtesy of their grand opening flyer posted on Facebook. Mr. K chose an orange creamsicle macaron. The flavor was pretty spot on. 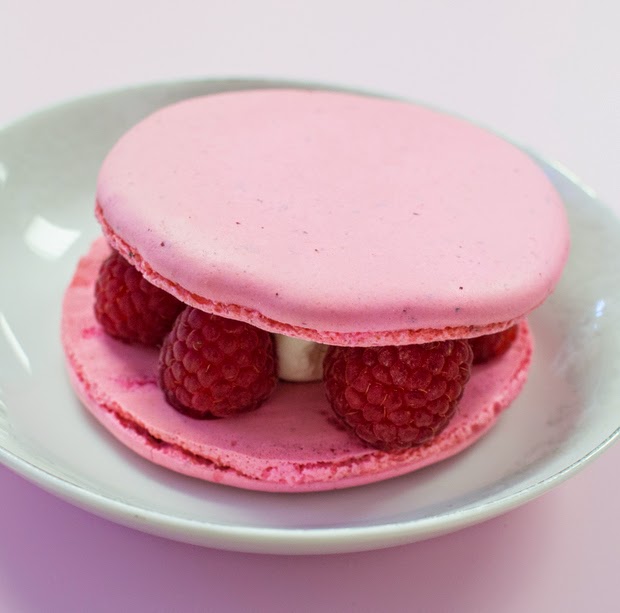 I chose this macaron. On my last visit, the macaron shells had been too soft for my liking, but I enjoyed these much better. They had a chewy texture, softened slightly by the cream filling. 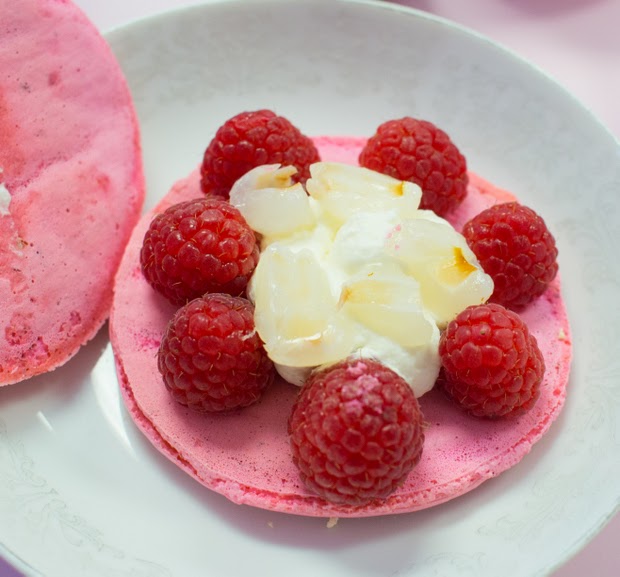 I also got a Jasmine milk tea macaron. The flavor was a little hard to discern, but I liked the texture of the macaron itself. 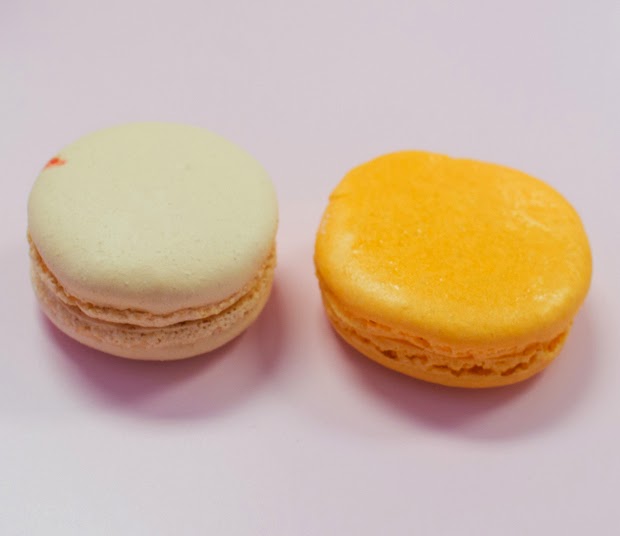 As we were eating, the dragon dancers were getting ready for their show. It was a whole ceremony to bless the grand opening of the place, which was really fun to watch. First their was some praying by Mr. and Mrs. Blush. Then the dragons performed various rituals and dancing. At one point, Mrs. Blush was to feed the dragons fresh bundles of leafy greens. It ended with friends and family feeding the dragon red money envelopes. 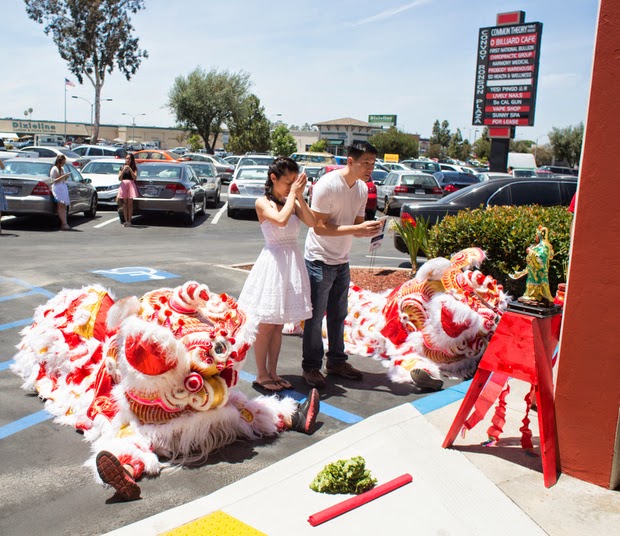 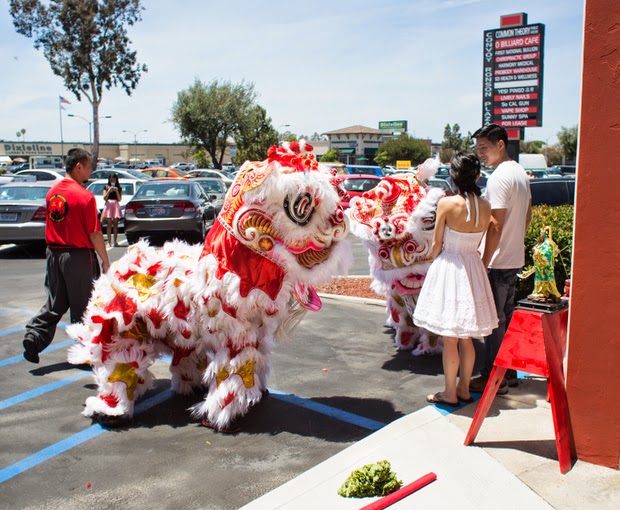 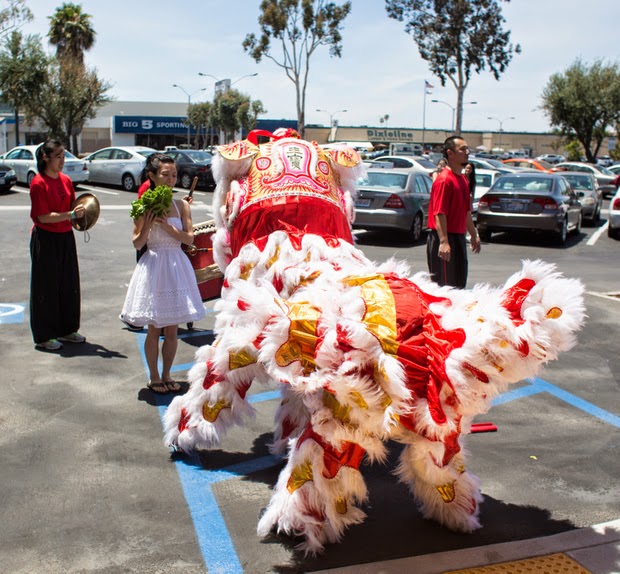 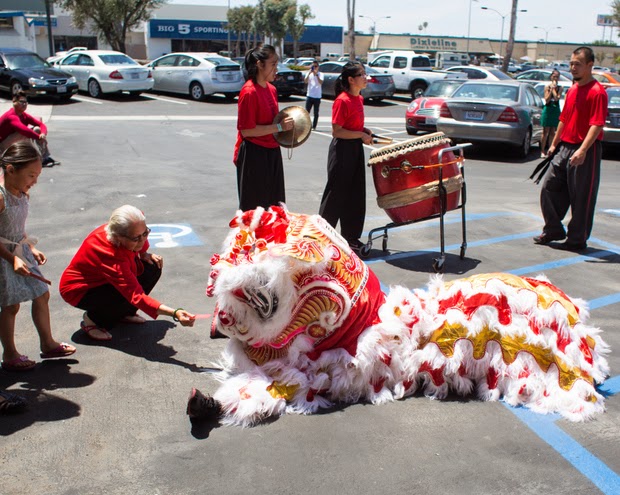 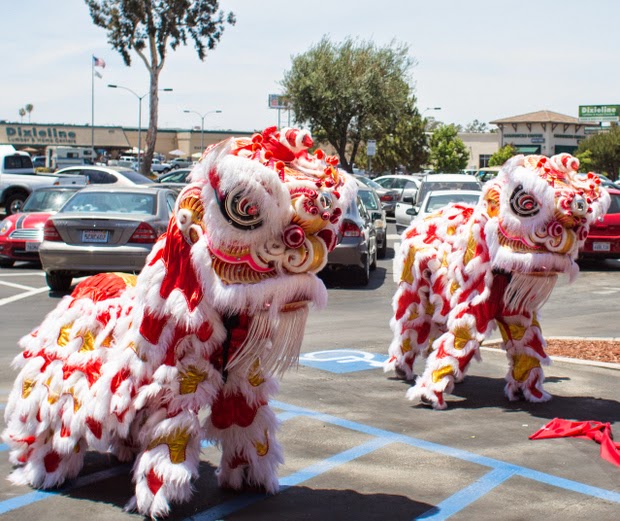 Overall, we had a good experience here. It does seem like they still have some kinks to work out. One of my friends visited later the same day and found the iced milk tea drinks very watery and commented that the service was disorganized. We were lucky enough to be served by the owner, Mrs. Blush, who is just the sweetest, most charming person. This shop has obviously been a dream of hers and both her and her husband spent a great deal of their own time making it their own. The Facebook page is full of their DIY projects from sewing the bench cushions to transforming thrift store chairs. After getting a chance to meet Mrs. Blush, I really do hope the store succeeds.

CC has been here several times, her latest visit can be found here.