A delicious and fun dessert to serve at your next party. Apples are stuffed with cinnamon rolls and baked until soft. You get apple pie filling and fluffy cinnamon rolls all in one dessert. 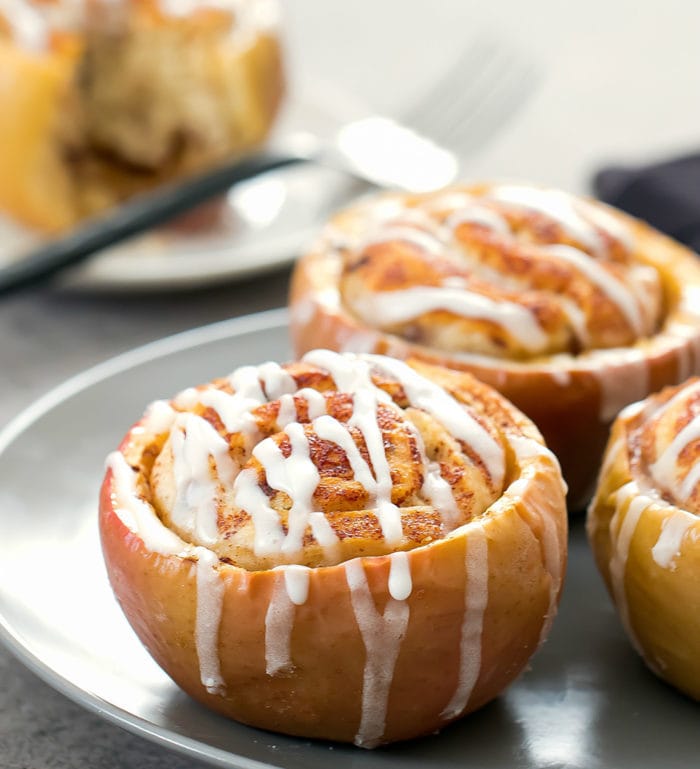 I am so pleased with how these turned out. I think I will be making them again for my Thanksgiving menu.

They don’t take that long to prepare (especially if you use a tube of cinnamon roll dough instead of making your own), and it makes a great presentation. 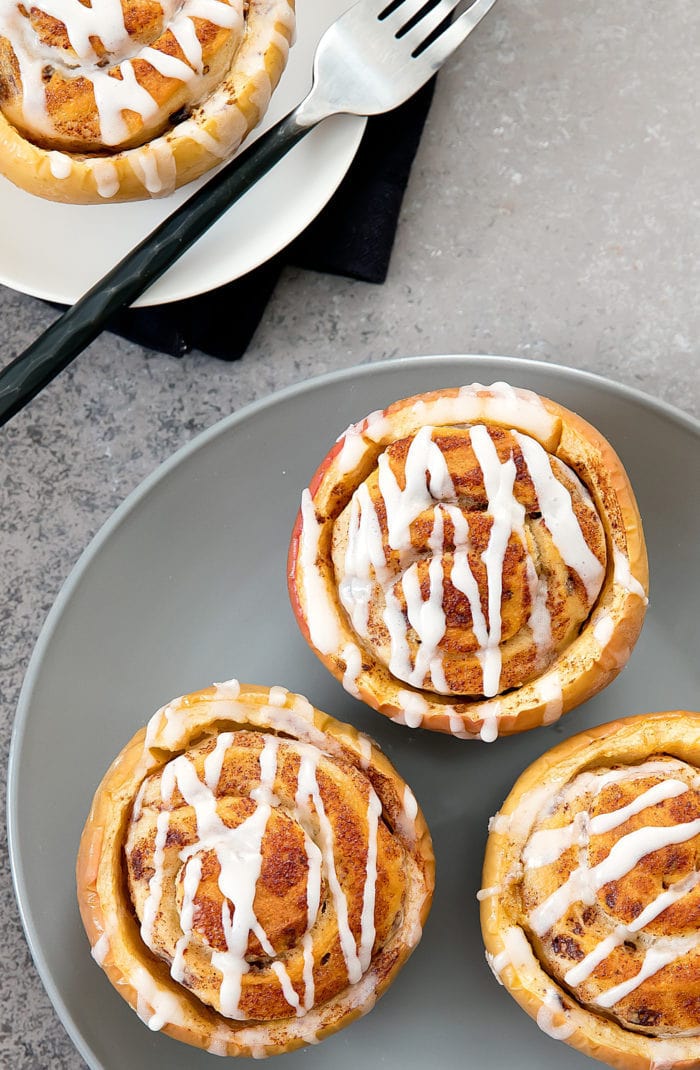 It’s important to choose large wide apples for this recipe. You should have seen me at the market going through dozens of apples to pick the perfect ones.

Large wide apples give the cinnamon rolls sufficient room to expand during baking.

When you hollow out the apples, make sure you leave a rim that is about ½ inch thick. It will shrivel during baking so you don’t want the edges to be too thin before baking. 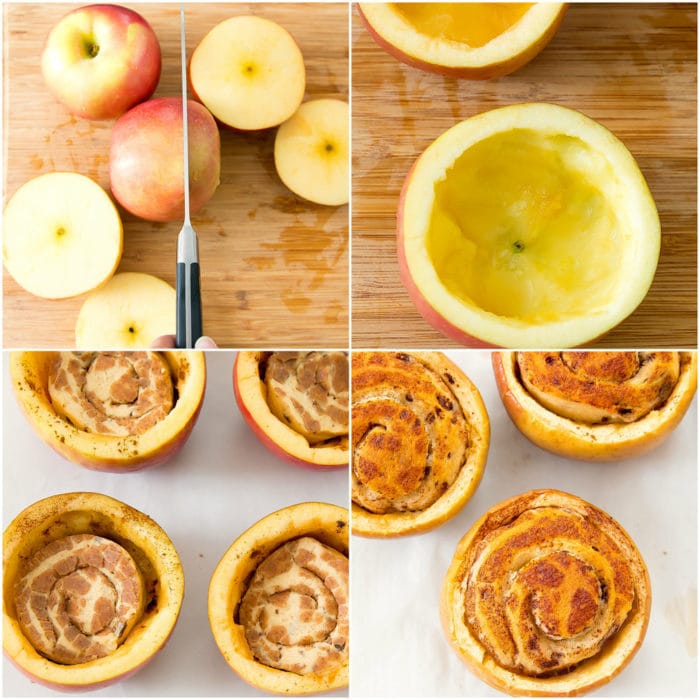 The cinnamon roll still tastes like a cinnamon roll, but mixed with sweet apple juices. Some of the apple juices seep into the dough during baking, keeping the roll very moist but not soggy.

The apple tastes like a healthier version of apple pie. The hollowed out apple is brushed with butter and cinnamon and baked until soft. 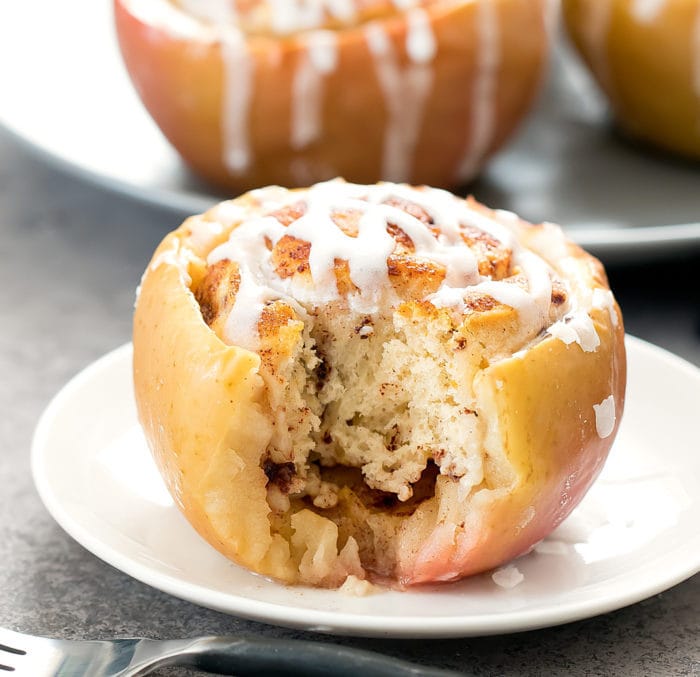 I think these Cinnamon Roll Stuffed Apples would make a great Fall dessert at a dinner party, Friendsgiving or Thanksgiving. 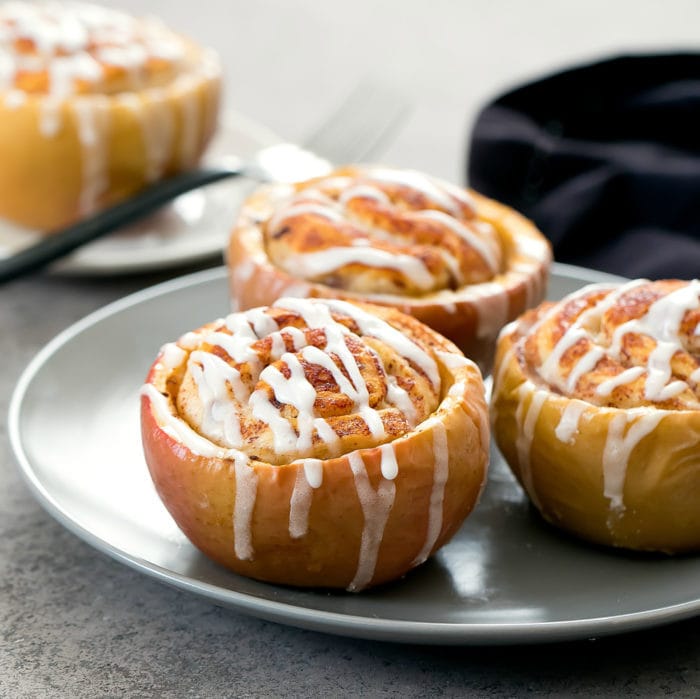 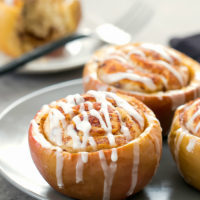 I used a 12.4 oz tube of Pillsbury Cinnamon Rolls which contains 8 rolls

Did you make this recipe?I'd love to see it! Mention @KirbieCravings and tag #kirbiecravings!
Posted in: Other desserts, Pillsbury Dough
4 Comments // Leave a Comment »