This weekend we did some San Diego beer crawling with friends in honor of San Diego Beer Week. We wanted to have enough food in our stomachs to be able to handle all the beer, so we headed to Hash House.

We don’t visit Hash House much, but we like to take friends who are visiting. 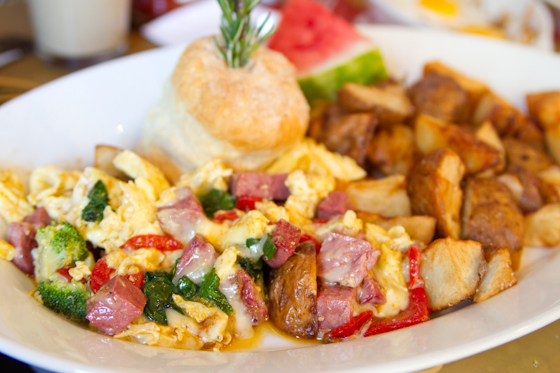 This was DH’s choice. I loved how colorful it was. It was accompanied with a healthy serving of crispy potatoes and the trademark biscuit with a sprig of rosemary stuck in the middle. 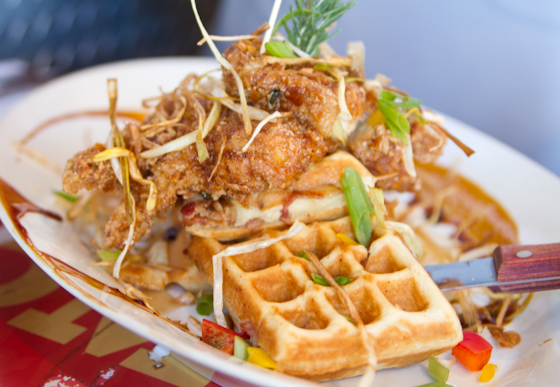 My friend Limer35 ordered this one, one of the more famous dishes of Hash House. The waffles used to be piled in a high tower, but I guess they’ve changed the display. He seemed to really enjoy the chicken. 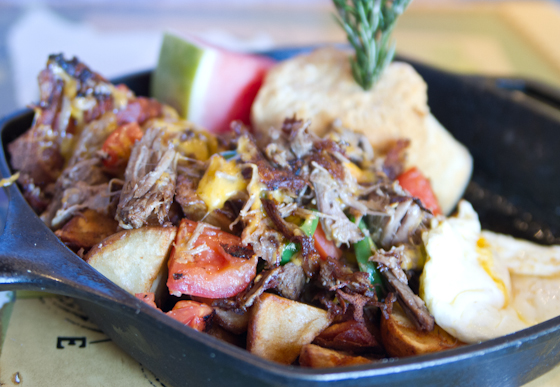 This was one of their specials. My friend, KFP, really seemed to enjoy it even though he had previously told me he didn’t really care for brunch. 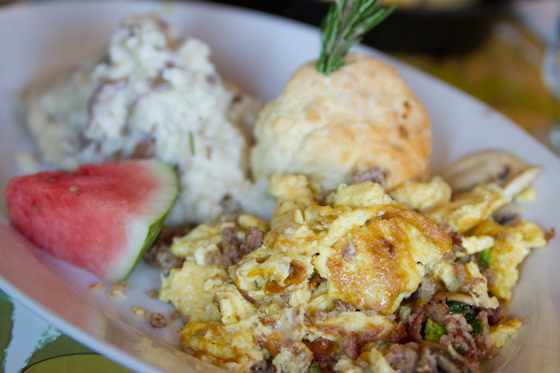 I had been interested in the corned beef scramble but after DH ordered it, I opted for this slightly healthier one, knowing we were in for a heavy day of eating. I chose the mashed potatoes instead of the crispy ones. This scramble tasted quite bland compared to everyone else’s food. I’ll have to order a different one next time.

Overall, the food and service were pretty good. I still think there are better brunch options in San Diego for when DH and I are on our own, but this is always a good one to take out-of-town friends. They get to see the huge plates and portions and dine at a well-known spot.

Older posts from Hash House can be found here, here, here and here.