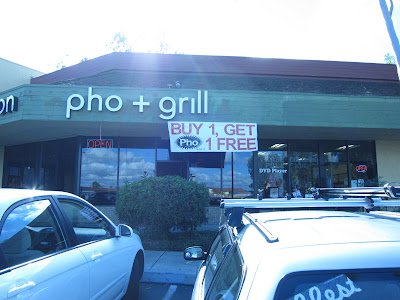 I saw that a new pho shop was opening in the plaza with Nijiya and Spicy House a while back. I happened to be in the plaza this weekend and noticed the grand opening sign as well as a special of buy 1 get 1 free on the pho.

When I arrived inside, the place screamed fusion. This was definitely not your typical pho shop. I don’t even think there were any vietnamese employees.

Once inside, we were given the simple menu which was pretty small compared to regular pho menus. The prices were about a dollar higher than the typical pho bowls. Also you can only choose two ingredients in the included price, and then you have to pay extra. 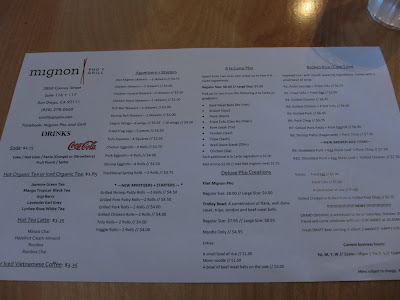 Since the place is called mignon, BF and I opted to try the filet mignon pho, something that is not usually offered at other pho spots.

With the wide variety of appetizers, we also opted to try the saigon wings.

The wings arrived, perfectly crispy and not too wet and soggy from the sauce. The sauce was midly sweet, with hints of lemongrass and other herbs. We both enjoyed the wings. 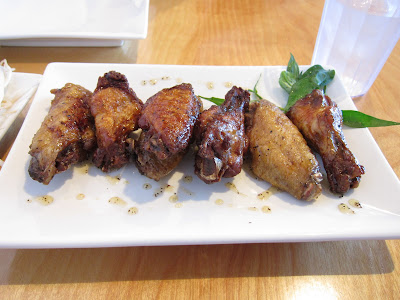 The bowls of pho were pretty big in size. My regular was closer to a large at other places. The filet mignon was very tender. I wish there were other ingredients in the pho though. It felt weird only have one main ingredient. 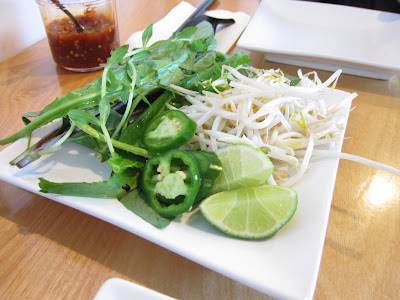 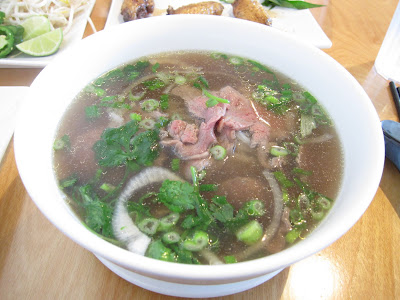 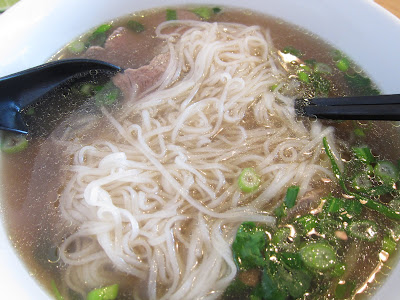 The buy one get one free special is supposed to only run through October 31, which is odd since the place didn’t have its grand opening until October 30…perhaps they will extend the special.

The service was pretty friendly. I did feel this place was a bit too expensive. The food was pretty good though.