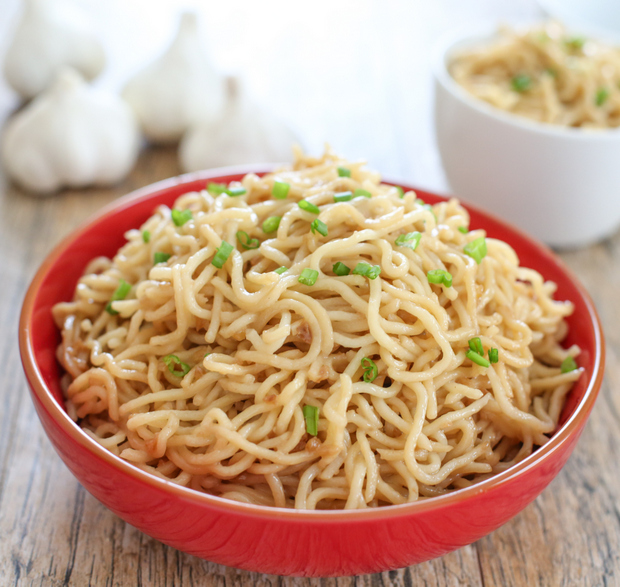 Two years ago, I tasted the famous Vietnamese-style garlic noodles featured at Crustacean in San Francisco (also served at Thanh Long and other An family restaurants). I still think about them often. Garlicky, buttery, they are some of the best noodles I’ve ever eaten.

Recently, I attempted to recreate the recipe. It’s fairly simple, with just a few basic ingredients. The end result is very similar to the dish I remember. 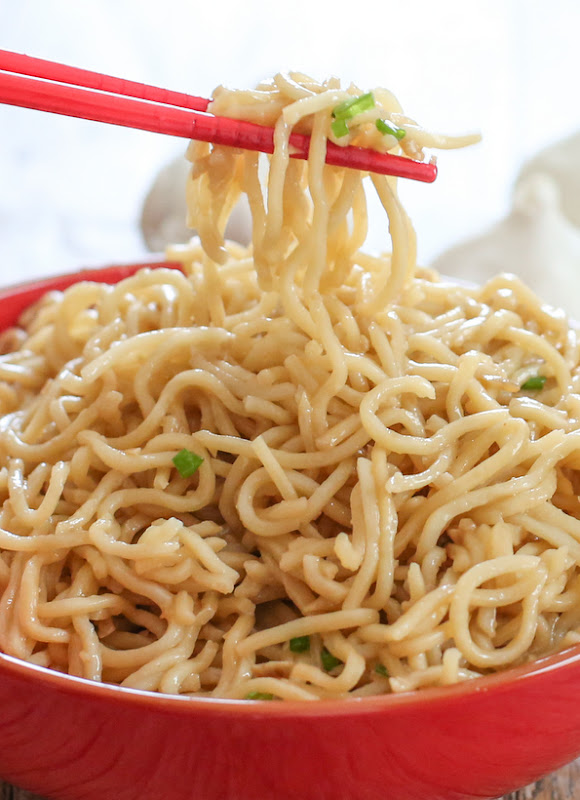 One new thing I learned about myself while taking pictures of this dish: I cannot for the life of me, pick noodles up with chopsticks using my left hand. 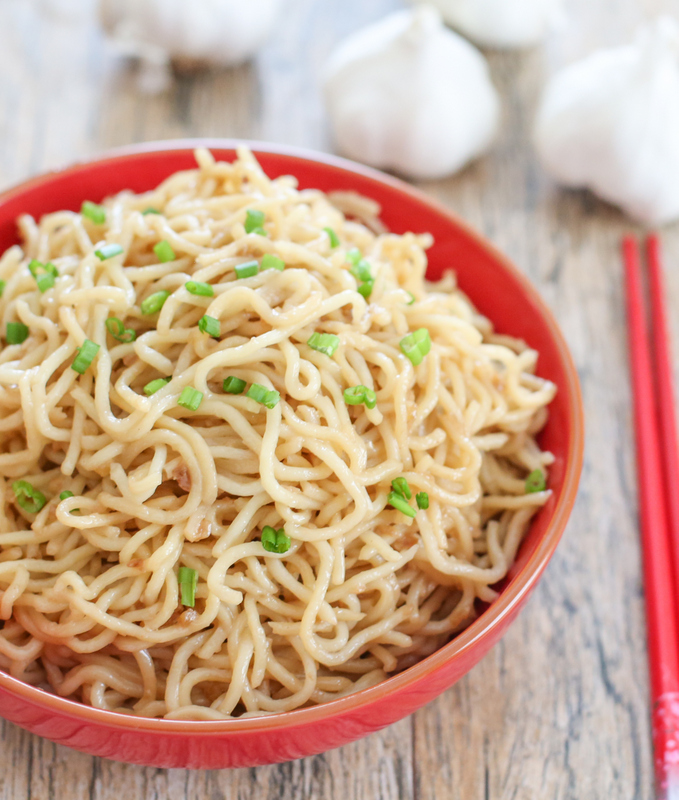 I know this dish doesn’t look like much (and it’s not even supposed to have scallion, buts I wanted a little color), but the sauce really hits all the taste elements, especially umami. The aroma is also intoxicating. The house smelled amazing after I made this and again after we reheated the leftovers. 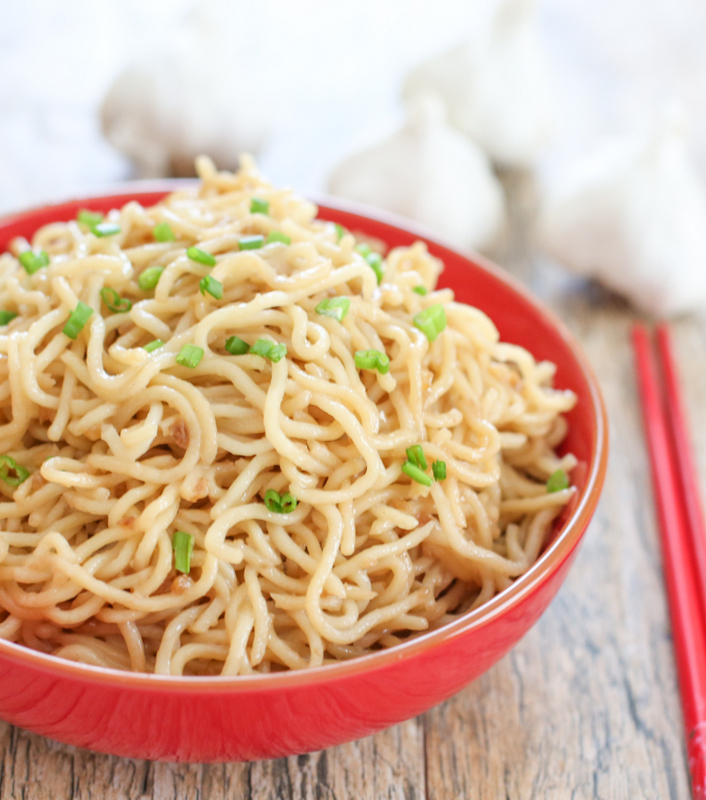 The two main components, of course, are butter and garlic, which is why I think of this as garlic butter noodles rather than just garlic noodles.

While this is definitely not a recipe to be eaten often, it does make for an indulgent meal. I’m so excited to be able to recreate this dish! 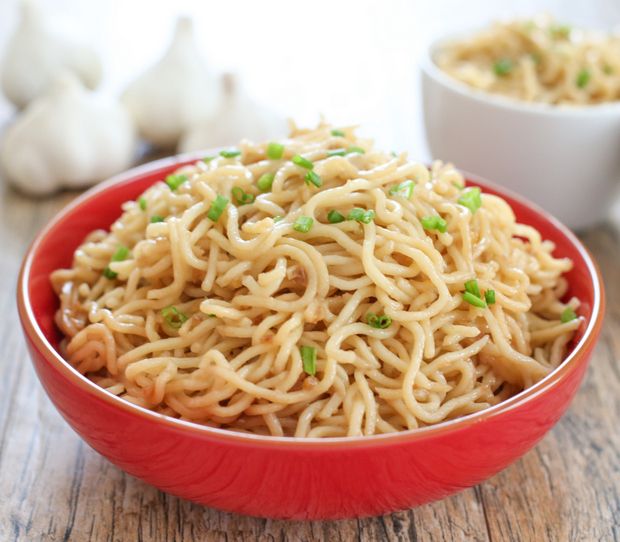 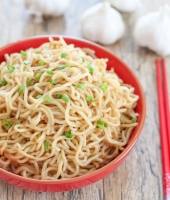 Servings: 4
Prep Time: 15 minutes
Cook Time: 5 minutes
Total Time: 20 minutes
Course: Main Dishes
Cuisine: Vietnamese
I once had the famous Vietnamese-style garlic noodles featured at Crustacean in San Francisco and they were some of the best noodles I've ever eaten. I've since started making them at home and my version is very similar to the one I had at the restaurant. They are delicious!
Print Pin Rate

Did you make this recipe?I'd love to see it! Mention @KirbieCravings and tag #kirbiecravings!
Posted in: Asian dishes, Main dishes, Recipes
32 Comments // Leave a Comment »