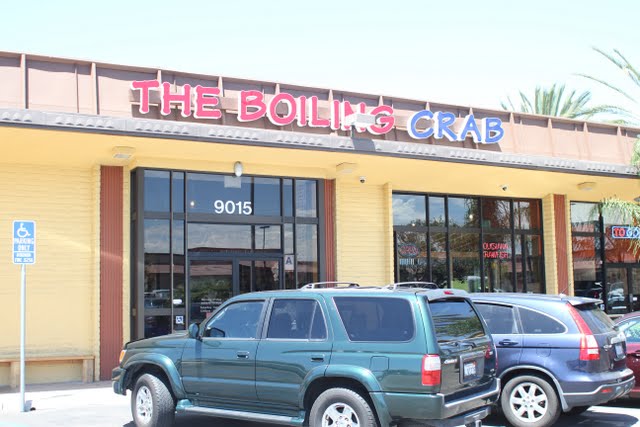 I actually never had much of an interest in visiting the chain. I had previously visited Crab Hut, a similar style restaurant, and hadn’t liked it enough to revisit. However, I was curious, and it so happened that I needed to be in Mira Mesa to do some errands and decided to check it out for lunch. 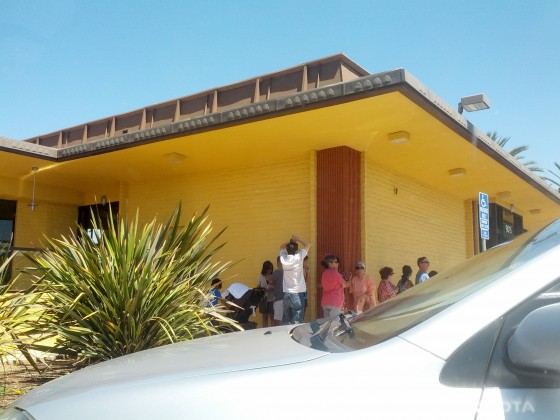 We arrived shortly before 12, which is when they open on weekends, and found a line already outside the door. Seriously? Given the fact that it was about 95 degrees outside, we sat in our air conditioned car, waited until they opened the doors, and then went in. 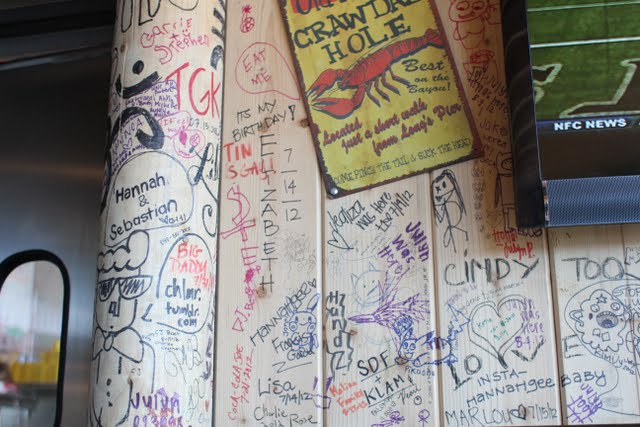 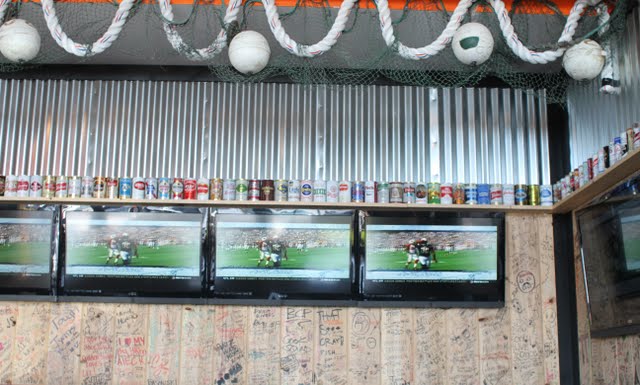 The restaurant has a very fun atmosphere. Walls are full of customer autographs and drawings. At the table, a fresh sheet of drawing paper is draped over the table for easy clean-up. The main focus of the menu is their steamed seafood offerings. You choose a sauce, a spice level, and you order seafood by the pound. When the food is done cooking, the waiters bring it over with a bucket, and drops a steaming hot plastic bag full of your seafood entrees onto the table. 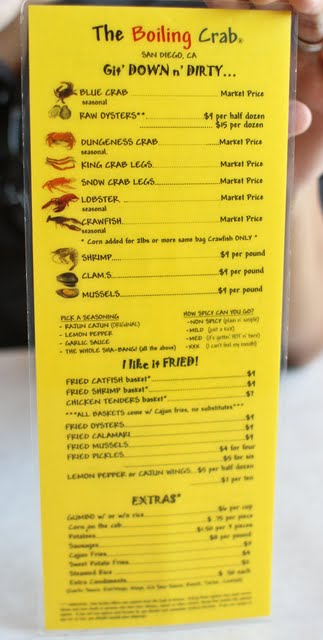 The restaurant also offers some fried items and side dishes as well. Live seafood prices are listed on the front whiteboard. 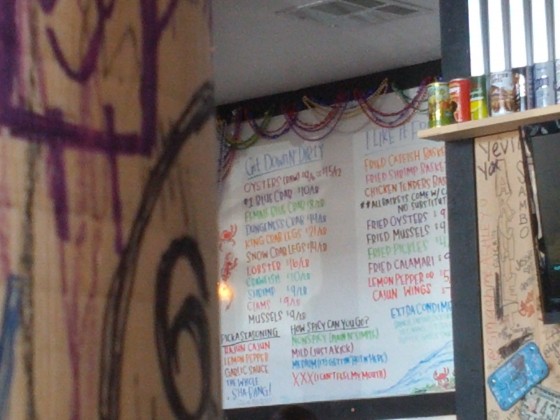 If you plan on eating here, you should plan on getting messy. It’s all about digging in, getting your hands dirty, and breaking open the seafood shells that are smothered in sauce. Plastic bibs are provided and I’d recommend you wear them or risk getting splattered with sauce. 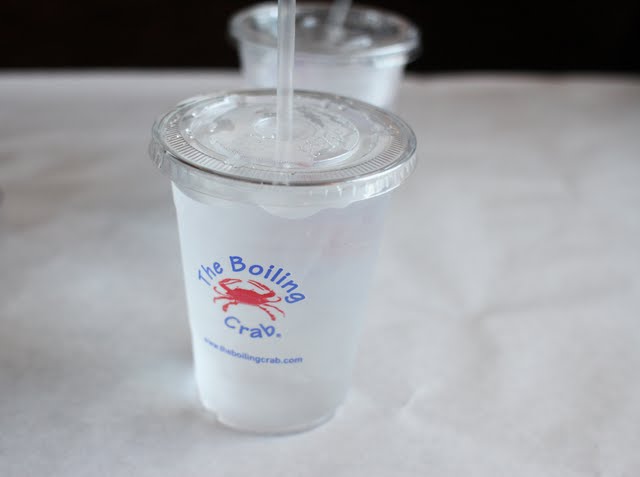 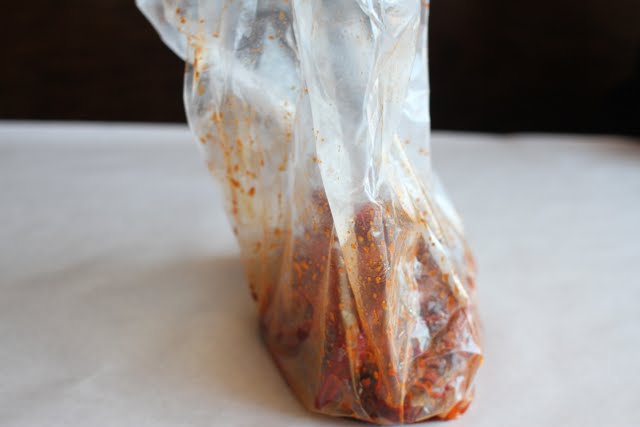 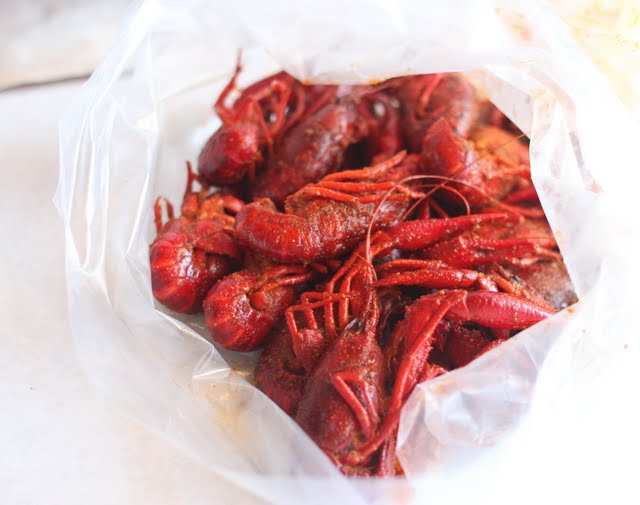 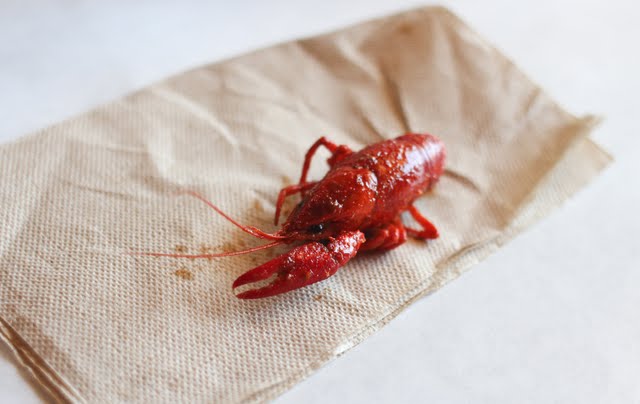 This was DH’s choice. I’m not that big of a fan of crawfish overall because it’s a lot of work for very little meat. The ones offered are the frozen kind. I haven’t tried the LA locations, so I don’t know how to compare. I’ve read on yelp that the San Diego location is not as good. I found the sauce to be a little on the watery side. It also didn’t really seep into the hard shell of the crawfish.

DH was frustrated with all the work and next time he wants to order something else instead. I would pass on the crawfish next time too. 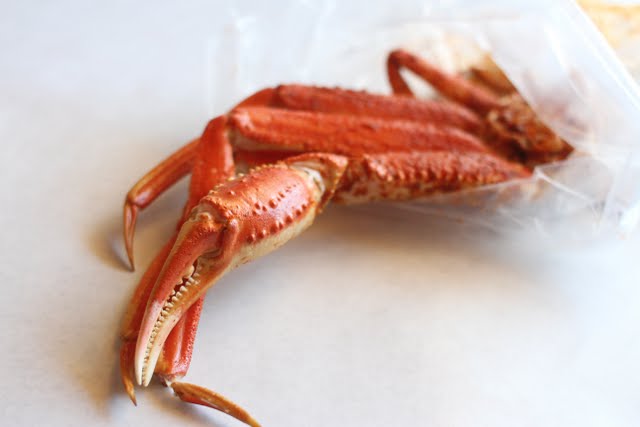 I was pleasantly surprised with this. The crab meat was subtly sweet and the lemon pepper sauce was a good seasoning for it. I’m so used to snow crab legs sold that are overly salted, so I was happy that these were not. Plus each leg has so much meat. The crab cracker they gave us was a little hard to use though. 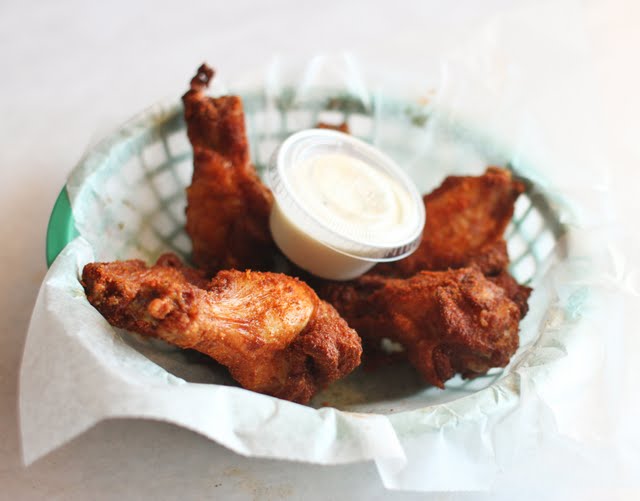 So the cajun fries are supposed to be one of their most popular items, but DH wanted the wings. The wings were very crispy and dusted with red pepper. They were just okay tasting to me. Nothing really special and tasted like something I could make at home.

Overall, I had mixed feelings about this place. I enjoyed the atmosphere. I’d visit again but not often because it can get pricey since it’s seafood and seafood isn’t very filling. It’s also stuff that isn’t too hard to make on your own so if I have a large group, I might try making it myself. But if it’s just a few of us, I would probably go again as it is a lively atmosphere and you don’t have to do the cooking yourself. Sitting there, breaking open the seafood made me feel like I was on the East Coast again, eating fresh seafood in the summertime.

After my visit I was told by several people that I should have gotten the shrimp, fries and clams. I’ll have to get all those next time.

I would definitely recommend coming during off hours because this place gets crowded and I would not have the patience to wait. They also have a to-go section for those who don’t want to wait.